Inuka’s rollercoaster ride to make wellbeing accessible to everybody 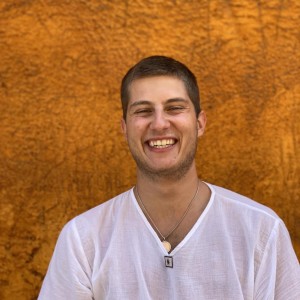 Inuka is on a mission to make effective wellbeing support accessible for everyone. Sounds quite cool, right? But do you want to know more? Are you curious about how everything started and how we got to where we are right now? Well, then you’re in the right place. Keep on reading and embark on a journey of sweat, tears, and joy into the history of Inuka. Chapter 1 – Robin’s Burnout
Once upon a time, in the summer of 2014, Robin van Dalen, our CEO, had just landed her dream job at the Philips Africa Innovation hub. After graduating from Cambridge, she was fully motivated to excel in her career and to go along with her perfectionist-lets-just-work-harder-and-not-complain mindset. But unfortunately, this mindset was not of help when her personal life started falling apart. Long story short, Robin ended up with a burnout. She remained at home for 4 months and swore herself she would not go back to work ever and become a waitress instead.
Chapter 2 – Learning from mistakes
Luckily, her manager saw this as an opportunity to take action. Action, in a world where a lot of people struggle with their wellbeing. He asked her if she wanted to research what companies can do in order to increase wellbeing support for their employees. After initial doubts, Robin agreed. And so it happened that she flew to Canada to a global health conference to meet some of the best global mental health innovators in the world. It was there, that she met Dixon Chibanda, the star of the story who eventually co-founding Inuka with her. But wait, who is Dixon and why is he so important?
Chapter 3 – Dixon and his grandmas
Dr. Dixon Chibanda is one of the 13 psychiatrists in his home country, Zimbabwe. Needless to say, this poses quite some challenges in a country with 16 million people, where most don’t have access to adequate wellbeing support. Dixon started thinking outside the box and came up with a radically different solution. He started to teach community members – and in particular grandmothers – problem-solving technique in order for them to support people struggling with their wellbeing. Robin and Dixon’s passion to make wellbeing support more accessible allowed them to bond immediately. Inspiring each other, they came up with a joint idea: to offer accessible wellbeing support via a digital platform on a global level; because affordable, non-stigmatized support that is accessible at all times could make a massive difference everywhere, not only in Zimbabwe. And this is how the seed of Inuka was planted.
Chapter 4 – Laying the foundations

“Really? Don’t you think we’ve got more important issues to worry about here than mental health? Like, people dying?” – the inital reaction of Annie Njenga (currently Chief of Operations, Kenya) to Robin’s aim of researching mental health needs in Kenya

In August 2015, Robin started to do some research in Kenya for Philips. The primary plan was to first focus on the African continent as Philips had an innovation hub there. After some initial skepticism, a hackathon was organized in December 2015. Designers, techies, and the Philips team came together to develop a chat-both version of Dixon’s grandmas. However, that failed miserably. Not long after, the idea was raised to replace the chat-bot with real coaches. The business case received funding from two investors and in January 2016 a team consisting of designers, psychologists, and techies started to work on what eventually evolved into Inuka. By the end of 2016, the product was pretty much what Inuka is like today; a digital platform where we train life coaches on a proven method and connect them with people seeking support.

A picture of participants of the hackathon in December 2015.
Chapter 5 – Spreading the wings
Next, there were a lot of legal, regulatory, privacy, security, quality, and branding hurdles that had to be dealt with. After a year, Inuka was finally ready to launch in Philips Kenya. Everything seemed to go well at first and Inuka won lots of internal prizes for their innovation process. However, over the years Philips wanted to focus more on already existing innovations instead of further developing new ones. This meant that Inuka was in danger of arriving at a dead end. At this point, Robin decided that it was about time to leave Philips. No sooner said than done and lots of negotiations later the way was paved for Inuka to spread its wings. And this is how Robin left Philips to join Inuka as an independent, full-time CEO.
Chapter 6 – The rollercoaster ride of a startup
The life of a startup can be tough, and Inuka had to experience this at first hand. This period was the hardest of the Inuka journey for various reasons. Firstly, there was a lot of uncertainty about whether there would be enough funding for the Inuka core team to get paid itself. Secondly, the Philips app did not work and even after 6 months, this issue still seemed to be insurmountable. Thirdly, difficult circumstances called for difficult decisions to be made. This meant that Inuka had to let go of two wonderful employees because they did not fit with the current status of Inuka. Lastly, two members fell ill and had to stop working. Meanwhile, Robin’s own wellbeing deteriorated too. However, with a lot of support and endurance, Inuka managed to hang on until the sky started to slowly clear up.
Chapter 7 – Startup magic
Slowly but steadily things got better and better. Funds started to come through. This allowed Inuka to get some more people on board to professionalize the organization and service. The app still didn’t work, but with some flexible thinking, Inuka simply facilitated over 70 sessions on Telegram for the time being. Thereby, we were already able to help people while gathering some valuable feedback for improvements. At the same time, Dixon’s TED-talk about training grandmothers got famous! Finally, Inuka decided to scrap the old app and build a new one from scratch. Thanks to some real coding magic, it was life in the Kenyan market within a month! Fast forward to the end of 2019 and Inuka works almost immaculately. On top of that, it has also risen to be featured in several TV shows, newspapers, and discussions in Kenya – that’s what I’d call some real startup magic!
Chapter 8 – A new start in the land of cheese and tulips
Being Dutch herself, Robin had been playing with the idea of also launching Inuka in her home country. After discussions with several companies, the plan became reality and in January 2019 Inuka was an official Dutch enterprise! Instead of focussing on the b2c market like in Kenya, a focus on burnout prevention for companies seemed to be the fastest way to grow. And indeed, after some time the first companies started to show interest in a collaboration with Inuka. Some well-known names include Philips, Storychief, Merkle, Heineken, the Royal Institute of the Tropics, and even the entire Dutch police force. Seems like the shift to the business world is starting to pay off!
Chapter 9 – COVID-19 and what else there is to come
Before COVID-19 hit, 60% of workers already reported feeling stressed at work, with burnouts being the harsh reality. In light of the current pandemic, stress and burnout levels have been going through the roof. This also meant that more awareness on this issue was raised and Inuka’s help is more necessary than ever before. We are currently doing our best to accomplish our mission of making wellbeing support available for everyone and are excited to see what the future holds! If you are interested to stay up to date with the Inuka story, feel free to follow us on Twitter and LinkedIn! You can also reach out to us through any of these channels, directly via email or check out our website! A few weeks ago, the largest behavioral health tech conference took place virtually. This meant, that pioneers in the field of digital mental health came

Be your own hero

An Inuka coach explains: What goes on during an Inuka session It is challenging for KIT to find a fitting employee wellbeing solution for their international workforce. Read about how Inuka met those needs.

Any cookies that may not be particularly necessary for the website to function and is used specifically to collect user personal data via analytics, ads, other embedded contents are termed as non-necessary cookies. It is mandatory to procure user consent prior to running these cookies on your website.